The valve positioner is one of the key accessories of the pneumatic control valve. Its function is to turn the electrical signal output by the control device into the gas signal that drives the action of the control valve. It has the function of valve positioning, which can overcome both the friction force of the valve stem and the unbalanced force caused by the change of medium pressure, so that the valve can quickly follow and correspond to the control signal output by the regulator to realize the rapid positioning of the regulating valve. , to improve its adjustment quality. With the development of intelligent instrument technology, microelectronics technology is widely used in traditional instruments, which greatly improves the function and performance of instruments. 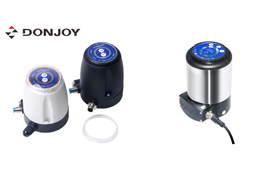 The above is the information that DONJOY has collected for everyone, I hope it can help you.