Electric ball valve is an important actuator in industrial automation control system. The electric ball valve is a valve that rotates around the axis of the valve stem according to the movement of the disc. The change of the valve seat port is directly proportional to the valve flap stroke. It is mainly used to cut off or connect the medium in the pipeline, and can also be used for fluid adjustment and control. It is a pipeline pressure component for industrial automation process control. 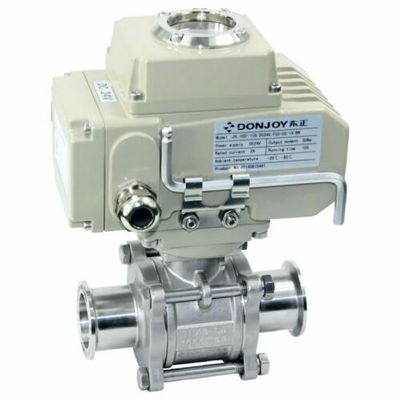 It is suitable for process occasions and fluid control systems where the pipeline pressure difference is large, the sealing requirements are strict, and the pipeline medium is cut off.
Working temperature: -20℃ to +150℃ (+250℃ special seal).
Working pressure: PN16, PN25-PN40-PN64 -PN100
The typical failure of the electric ball valve, the safety valve, the spring between the valve stem and the actuation of a driver installed in its gate valve reciprocatingly urges the position of one of the gates, which may be a closed body, and the control fluid is applied to the piston during execution during execution The mechanism overcomes the spring force and maintains it in other positions and is usually open, so as a control condition* to maintain, when this structure valve is abandoned at a large depth, and the body pressure is much lower than the surrounding sea pressure drop, the electric ball valve spring must be large enough , The force to close the valve due to body pressure is not enough to move the door to its failed position. It can happen under circumstances. Thereby reducing the size of the actuator and increasing the depth rating of the valve. Remedy: The electric ball valve malfunctions, including in this category, the valve body has a traditional valve that passes through the structure and the door intersecting a cavity. The cavity opens and closes between the positions, and is responsible for moving these positions between the doors. mechanism. As is also the case with this type of valve, the actuator includes an engine cover mounted on the valve body and the valve stem is connected to another valve. 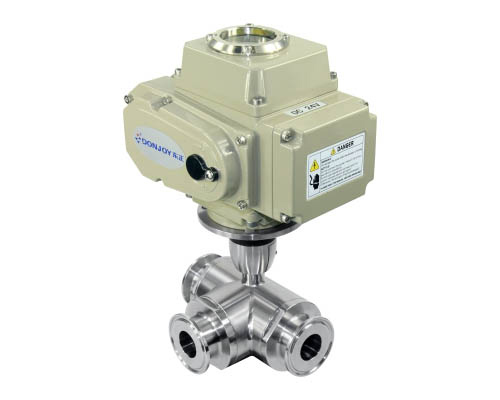